In Mallorca, the place where olive oil is produced is called “Tafona” and “Trull” in Menorca and Ibiza. They call it “Almàssera” in the Valencia region and “moli d’oli” in Catalonia and “Almazara” in the rest of the Iberian peninsula.

Traditionally, in a practice nowadays almost obsolete, during the first phase called the grinding, an animal or years later a machine rotated a cylindrical or truncated stone on a base of stone crushed the olives deposited and made a paste.

In a second operation, after the pressing phase, the paste was uniformly spread inside the capes – (made of interwoven esparto, and at a later period in the second half of the twentieth century, they were made of synthetic fibre) – superimposed forming a pile and then placed under the press from where, by pressure, the oil was extracted. In subsequent presses oil of inferior qualities was extracted, even adding boiling water to increase its performance to the detriment of quality. In the last years that this system was used the beams were replaced by hydraulic presses.

Decanting occurred in a third and final phase. The oil ran to the pikes where the waste pulp and the water were below and the oil, which weighs less, floating on top.

There were many types of oil according to quality or nuances during the production. It was distinguished between food, burning and machine oil. The main ones were virgin oil, which sprouted from the paste even before pressing it, the beams oil being the first pressed, and the scalded oil, which came with the help of hot water. There was also oil from the olives that were gathered when the harvesting work was done. 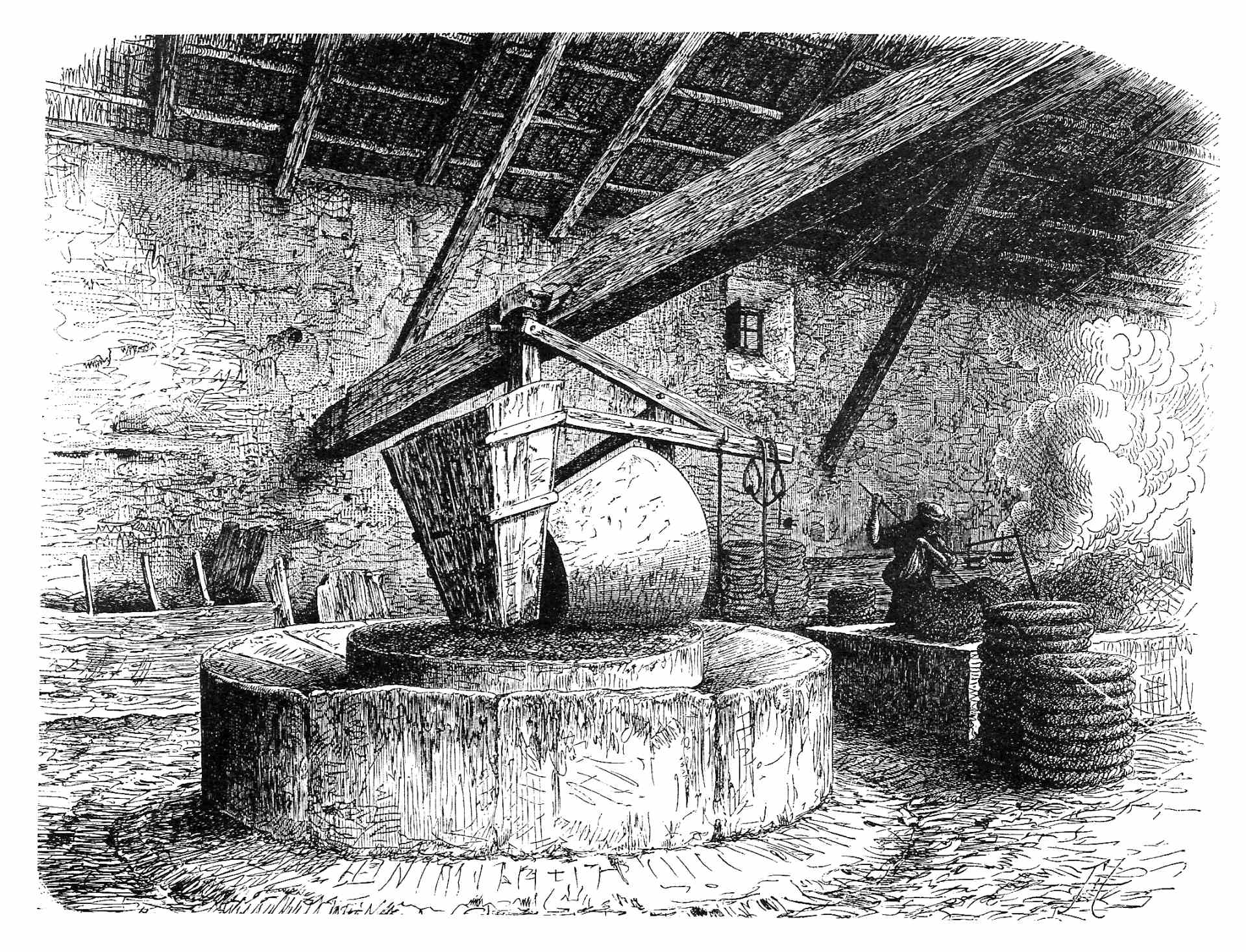 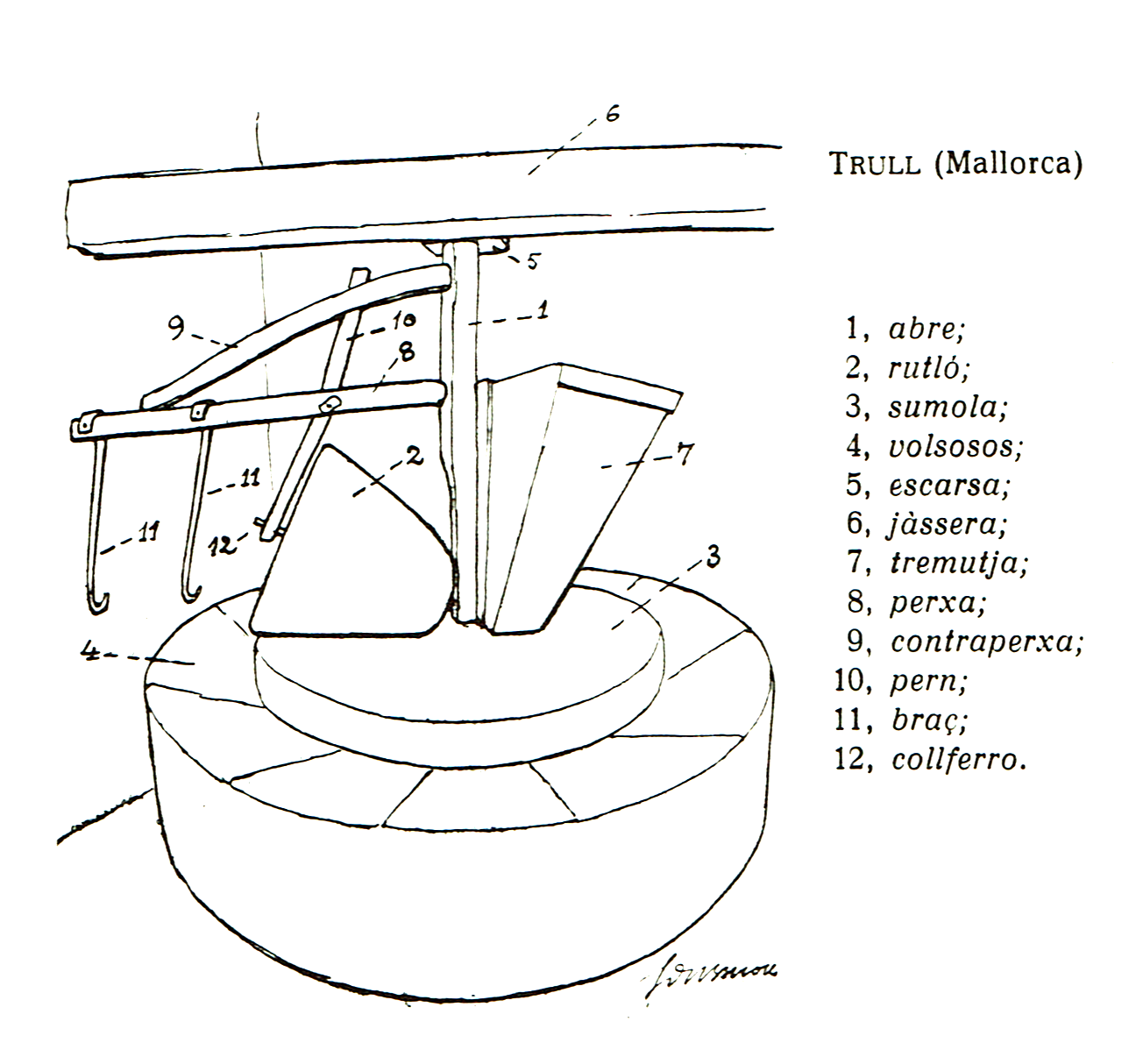 Illustration extracted from the Alcover-Moll Dictionary

MODERN SYSTEM FOR EXTRACTION IN COLD

Although it is also currently possible to make cold pressed olive oil, what is required is the centrifugal system.

The olives come to the oil press within 24 hours after their collection. There the leaves that may have remained are removed and the olives are washed to eliminate any impurity.

In some modern machines (almost always Italian) the clean olives are deposited and crushed by grinders similar to those of meat grinders.

The obtained pasta moves to a pastry mixer where it is homogenised at a maximum temperature of 27 degrees so as not to lose any of its organoleptic characteristics.

Finally the centrifuge, when setting the pasta at full speed, is able to separate the oil from the water and the waste paste. The oil obtained is slightly turbid and has a very strong taste. It is called newl oil, great for bread with oil. After a few months of decanting, without any filtering, it already has its characteristic flavour and transparency.

It’s an exclusively physical production, at no time there is a single chemical alteration. The system is not so romantic, but much more hygienic and the oil produced is of a much higher quality.

For the best oil obtained, which has no defect nor impurity and acidity (in the “Denomination of Origin Oil from Mallorca) less than 0.8, is known as Extra Virgin Olive Oil.